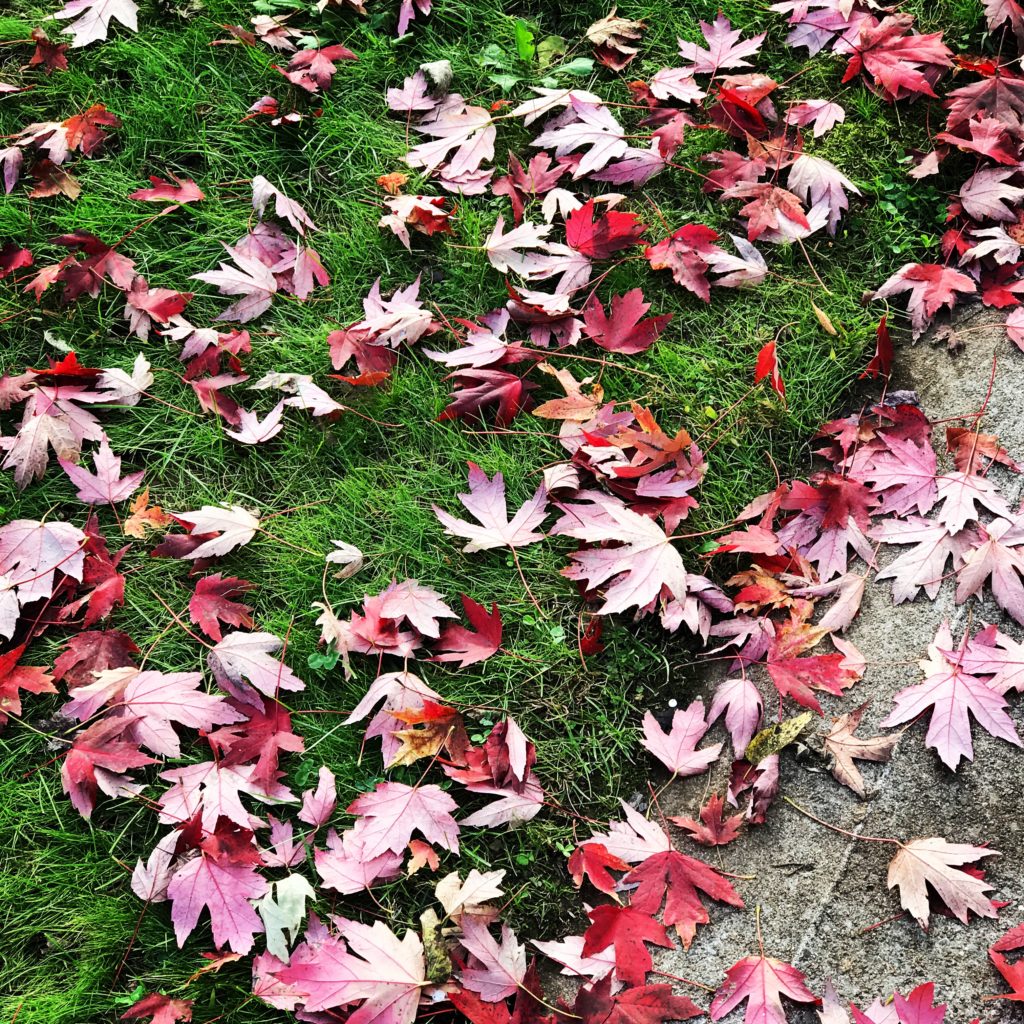 It began almost 2 years ago. The holidays were over and, like a bad toothache, it hit me hard right out of the middle of nowhere, wrapping itself around my soul, smacking me hard in the face. Like a ton of bricks, unstoppable fear and anxiety overwhelmed me completely.

I’ve always been the strong one, the friend who’ll tell you to get over it, fight the good fight, face your fear, and if need be, do it afraid. I’m the tough cookie, the one who never gets frazzled, not overly emotional and not one drop of sentimentality. Not one drop. Compassion has never been my strong suit.

After dealing with anxiety for almost two years, that’s no longer the case. I cry at the drop of a hat and my ability to feel other’s pain has skyrocketed. But back in January 2016, I found myself in a position I’m not accustomed to: vulnerable, weak, terrified. I couldn’t do anything. Not. One. Thing. Because of unrelenting fear and anxiety.

It was real, tangible and it would not stop. I’d had a glimpse of it back in January of 2016 but good friends prayed for me and it evaporated and life returned to normal, or so I thought.

But fear has a funny way of taking advantage of weakness, weaseling it’s way in when life overwhelms. A lot was happening, I realize that now. My daughter was about to have her third baby, we’d put our house on the market again, my 94 year old mom began hospice care and I was trying to finish a book while preparing to speak to a group of women about The God Dare in California a few weeks later.

I call this past year my ‘broken year’ because most days I was a hot mess. I’ve never felt so weak in all my life. If you’re one of my subscribers you know I haven’t posted much at all. My only excuse is, I couldn’t. I found it nearly impossible to write and–get this–I have a second book already done but honestly, I couldn’t even go near it let alone write a blog post.

Prayer from trusted friends (who would patiently listen to my tearful rantings) helped a lot, and immersing myself in the Word, constantly listening to worship music and not allowing myself to be alone too much all helped. My amazing husband Mike didn’t seem to mind my needing to be with him in his office as he did his work or was on the phone. I couldn’t do much else and I couldn’t be alone.

You know the feeling that hits when you’re driving in your car and suddenly a dog runs out in front of you so you slam on the brakes to avoid hitting it? That panicked dump of cortisol that hits your stomach with the ‘fight or flight’ feeling? Ok, now just imagine that feeling not going away. Constant waves of fear and anxiety, eating into your soul and spirit every moment of every day. That was my life for months and it scared the living daylights out of me. Maybe that was the point.

Fear paralyzes. It stops you from being able to do anything productive, even eat, in fact I lost five pounds in one week but not in a good way. I literally had no appetite and had to force myself to eat but absolutely nothing tasted good.

Hope for the Hot Mess

I’m learning that the enemy doesn’t come to steal what I don’t have. He’s after my future, and he’s after yours too.

I’ve learned a lot in this last year. Honestly, not lessons I wanted to learn but lessons I needed to learn. If we’re going to go on with God, to grow deeply in our understanding of His ways, He’ll begin to entrust us with suffering, with sorrow, with pain.

For me, it manifested as crippling anxiety. If you’ve ever dealt with it you know exactly what I’m talking about and if you haven’t, no amount of explaining will help.

In the midst of it, I made a big mistake. I got hooked on a prescription medication, Xanax to be precise. Now if you’re taking something for anxiety, believe me there is no judgement here…I know what you’re dealing with and I know how quickly relief can come with a pill. But for me, after a year of taking the lowest dose, I began experiencing frightening things. Every now and then I would wake up and honestly not know where I was or what I’d done the day before.

Once, in a huge hotel in New York City, I found myself wandering the halls in the middle of the night, in a waking dream. Thank God He led me back to our room (it was a BIG hotel) and I knocked on the door and my husband, utterly perplexed, let me in. After that, whenever we traveled, he would block the door to our room with a chair so I couldn’t get out and wander all over a strange hotel.

The Xanax affected my memory as well. There are still moments from last year I can’t recall. But beginning this past April, things settled down in our lives, I was able to wean myself off the Xanax and I’ve been drug free for more than 8 months. It’s hard but it’s not impossible.

During the worst of my anxiety, I prayed, begged, and cajoled God to take it away. He didn’t for quite some time because in His wisdom,  He was trusting me with His silence. Sometimes, God allows in His wisdom what He could prevent with His power. But always, always for a purpose.

When God trusts you with silence it means He knows you can handle a deeper revelation about His purpose. You thought He was giving you a stone but you find He is giving you the Bread of life. His silence proves you can handle the deeper deeps. Silence (as long as you’re walking in obedience) is a sign of His intimacy.

Gods desires oneness with Himself. It takes time to develop but in the time of suffering, when the clouds grow thick and you can’t see the sun, when His voice disappears and the pain is real, don’t give in. Hold Him ever closer and you’ll receive far more than you ever imagined.

Because the valley is where real life happens. The valley draws you close, makes you strong, shows you who He really is. And more importantly, who YOU are. The valley separates the men from the boys. The ones who’ll pay the price to go deep versus the ones content to stay on the surface.

God did not promise life without struggle. Victory comes through battle and triumph only follows trial. Sometimes God will take away what we want in order to test us. When Paul said, “That suffering was to make us rely not on ourselves but on God who raises the dead.” (2 Corinthians 1:9), Paul knew God’s purpose was good. Paul was learning to trust Him more than life, to delight in Him more than in his own strength.

The bible doesn’t say we will never fear. But it does tell us what to do when fear attacks: “When I am afraid I will trust in you.” Psalm 56:3

I think sometimes God will break you in order to remake you. For me, what helped was repenting of anything and everything I could think of (mostly holding judgement and needing to release it), forgiving anyone and everyone as far back as I could remember, and building myself up by speaking truth over my life. Remember, faith comes by hearing so don’t hesitate to speak God’s truth over yourself.

Through it all God has taught me powerful lessons:

She Laughs at the Future

Oh how I love the Proverbs 31 woman. She is everything I admire but one of the things I love most about her is this:

“She is clothed with strength and dignity; she can laugh at the days to come.”  Proverbs 31:25

Matthew Henry, in his bible commentary, says this:

“She is invested with a moral force and dignity which arm her against care and worry; the power of a righteous purpose and strong will reveals itself in her carriage and demeanour. And thus equipped, she shall rejoice in time to come; or, she laughs at the future ( (Job 5:22; Job 39:7 Isaiah 30:8).

Psalm 46:5 says: “God is in the midst of her; she shall not be moved; God will help her when the morning dawns.”

I’m doing much better these days. Lots of prayer, thanksgiving, and worship help tremendously along with clean eating and avoiding toxins. I still have the occasional hard day but they are fewer and farther between. If you’re dealing with anxiety, keep trusting, hold tight to the one who knows your frame. Trust in His goodness and know His plans for you are good.

Here’s a picture from just this week of my husband Mike and I at a fun event in Nashville. 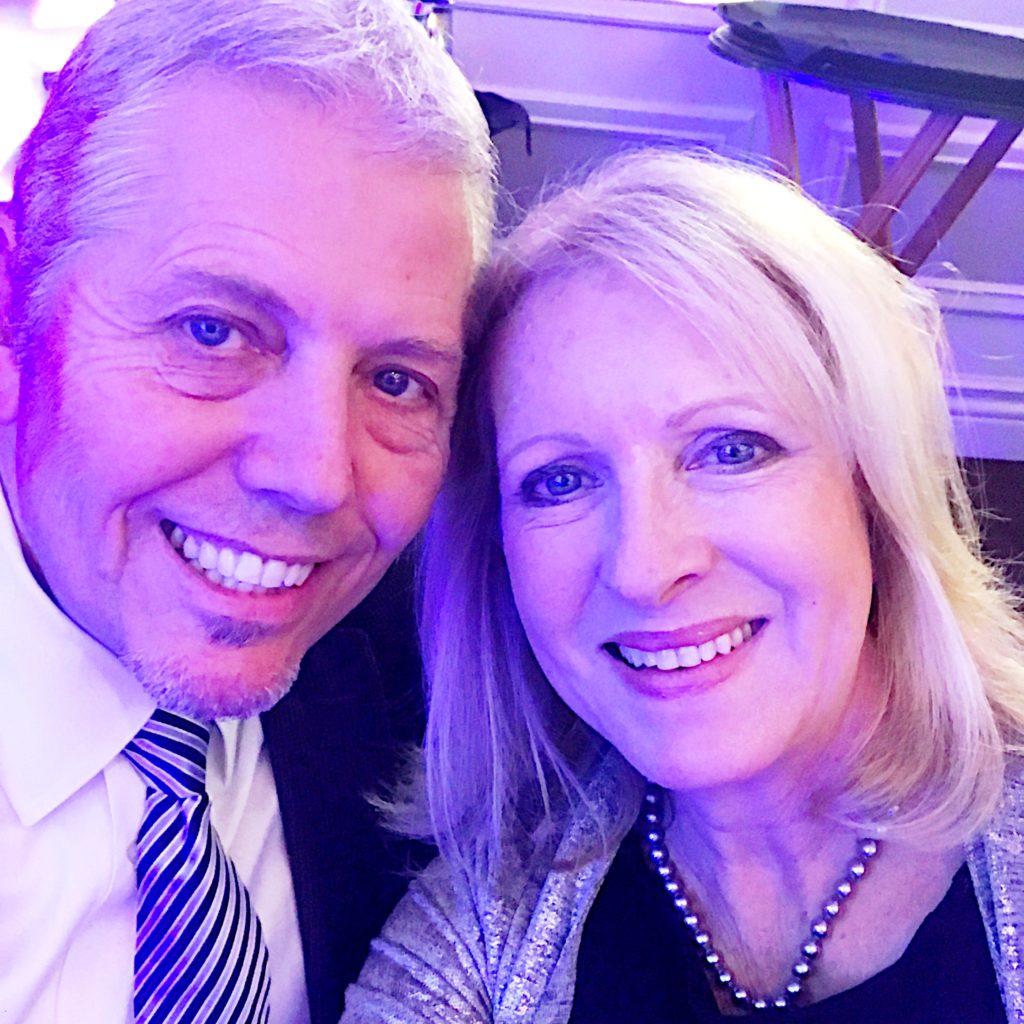 If you struggle with anxiety it would be my honor to pray for you!

Baked Chicken Chimichangas
Next Post: How to Pray for your Grandchildren